The Passing of a Great Brand? 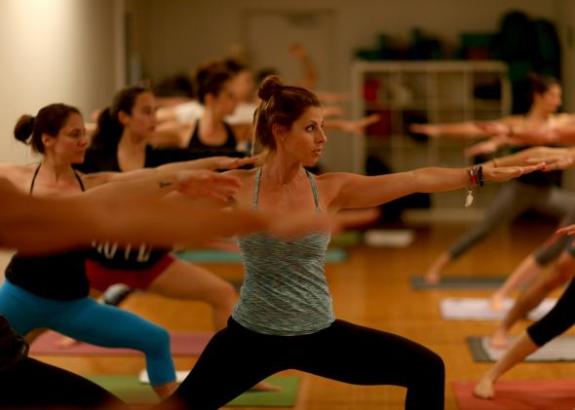 Lululemon shares are tumbling after the company said revenue would be lower than expected. While the crash took some by surprise, insiders have seen a Lululemon implosion coming for a long time. Last year, equity firm The Oxen Group called Lululemon’s shares “strongly overvalued.” Popular blogger LuluAddict wrote that former CEO Christine Day had ruined “everything special” about the retailer.

There’s a lot going wrong at Lululemon, but here are a few major factors that led to the current predicament:

Quality-control issues. Last year, Lululemon had to recall 17 percent of its pants because they were too sheer. Even though the company claims to have fixed that issue, customers have complained that the pants pill and shred. Shoppers who spend $100 on yoga pants expect good quality, and these incidents have tarnished perception of the company.

I like the simplest explanation you offer the best: Lululemon was able to exploit a developing niche, expensive yoga pants, for several years before other and larger manufacturers took notice and moved into that niche. More…

Competition. A swarm of competitors came into the picture at exactly the wrong time. Gap’s Athleta, Under Armour, and Oakley, are just a few competitors making premium exercise gear. The quality issues plaguing Lululemon gave shoppers an incentive to check out other retailers.

Marketing disasters. Late last year, Lululemon founder Chip Wilson gave an interview implying that women complaining about sheer or pilling pants were too large to be wearing them. After a public outcry, he stepped down. The company has also been criticized for encouraging employees to attend a retreat that has been compared to Scientology.

Inexperience. Lululemon expanded rapidly after going public eight years ago. But the company has no experience dealing with downturns. “The company has never operated in an environment of declining sales demand,” writes John Zolidis at Buckingham Research. Zolidis says this means that the current decline won’t be an easy fix for Lululemon.

Lack of preparation. Lululemon needed to prepare an expansion plan for when business began to slow down, Brian Sozzi, chief equities strategist at Belus Capital Advisors, said. But now, the company’s new CEO has a long way to go. “The goal for him will not only be to reignite comps through new categories and global expansion, but to find ways to re-engineer the product to bring down costs and set gross margins back into expansionary territory—and then prepare them for another slowdown cycle well into the future—Sozzi said.